The Dialectics of Geomorphic Complexity

Nearly 10 years ago, while pondering complex nonlinear dynamics in geomorphic systems, I was struck by how often we reduce problems to the interplay of opposing forces (e.g. uplift vs. denudation; soil formation vs. soil erosion, etc). I began to wonder how the concept of dialectics might be applicable in Earth sciences, or maybe I just wanted to increase my pseudo-intellectual street cred by using "dialectics" in an article. Anyway, I started work on a manuscript with the working title shown above, and then dropped it. I rediscovered it on the hard drive recently, and while I still can't convince myself it is journal article material, I do think there's some potentially interesting ideas there.

What you see below is what I wrote in early 2006 (thus the absence of reference to work since then), unmodified except for putting in a few graphics to relieve the visual tedium.

The title begs at least three questions: what do I mean by dialectics, how am I defining complexity, and how do I propose to link them?

Complexity, like equilibrium, means different things to different scientists. The American Heritage Dictionary (2000) defines complexity as the quality or condition of being complex, which is in turn defined in its adjectival form as consisting of interconnected or interwoven parts. The scientific study of complexity, often linked with terms such as complexity theory, is often linked to nonlinear dynamics, self-organization, and other theoretical and methodological constructs. However, complexity in the common definition may not necessarily derive from chaos, criticality, or other sources. Various definitions of system complexity have been proposed. In this paper the complexity of a geomorphic system is considered to be a function of:

(1)  The number of elements or components.

(2)  The number of links or relationships among the elements or components.

(3)  The (non)linearity of the relationships.

Other things being equal (though of course they never are), the larger the number of components and links between them, the higher the degree of nonlinearity, the more past states and events influence current states, and the greater the potential range of spatial and temporal scales or resolutions over which system dynamics are manifested, the more complex the system is likely to be. The extent to which the system is influenced by external factors, and the nature of those external factors, also influences system complexity, but it is impossible to generalize beyond that, as externalities may increase or decrease complexity.

This notion of complexity does not require nonlinearity, or any particular form of nonlinear dynamics. A system might be complex simply due to a large number of components and many degrees of freedom, and/or to variation across a broad range of scales. Likewise, complex geomorphic systems need not be high dimensional, if for example they are highly nonlinear and chaotic (implying contingency).

Five definitions of dialectic(s) are found in the American Heritage Dictionary (2000). One is “the contradiction between two conflicting forces viewed as the determining factor in their continuing interaction.”  Given that geomorphologists often treat problems in terms of conflicting forces (weathering vs. erosion, force vs. resistance, uplift vs. downwasting, etc.), this definition is relevant to Earth sciences.

The other definitions are more or less related to analyses and critiques practiced in the social sciences and humanities and generally associated with Marx, Engels, and Hegel. One might speculate that accumulating a full hardcopy collection of writings on this subject in one location would result in a mass sufficient to trigger isostatic adjustment. Here we focus on Engels (1883) Dialectics of Nature, where he attempts to develop Marxian dialectics as the “science of interconnections.” In ch. 2, Engels puts forward three laws, following Hegel but with specific applications to the natural sciences:

The first law states that gradual quantitative changes ultimately lead to turning points or qualitative changes. The second holds that material objects require opposing forces to stay together (for example atoms), and that change also requires opposing forces. The third law is related to the cyclical or spiral nature of many changes. Beyond the back-and-forth nature of many of these changes, dialectics argues that the cycles may not return to their starting point—change is therefore evolutionary, and better characterized by a spiral than a circle. 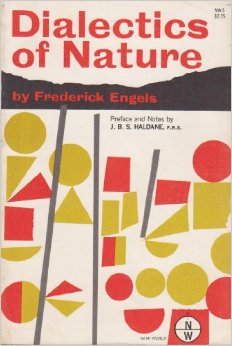 Geomorphic systems and geomorphic problems are often complex, involving high dimensionality, nonlinearity, contingency, and a broad range of scales. The purpose of this paper is to argue that dialectics—in both senses described above—can be a useful approach to complex earth surface systems.

First, the applicability of Engels’ dialectics of nature as a guiding epistemological framework for geomorphology will be discussed. Then, the notion of conflicting forces as the determinant of landscape and landform states will be developed, and generalized to a notion of pairwise interactions between key components of geomorphic systems. Finally, a new theoretical and methodological framework for deriving information on relatively large, high-dimensional earth surface systems from pairwise interactions between key components will be developed and illustrated. 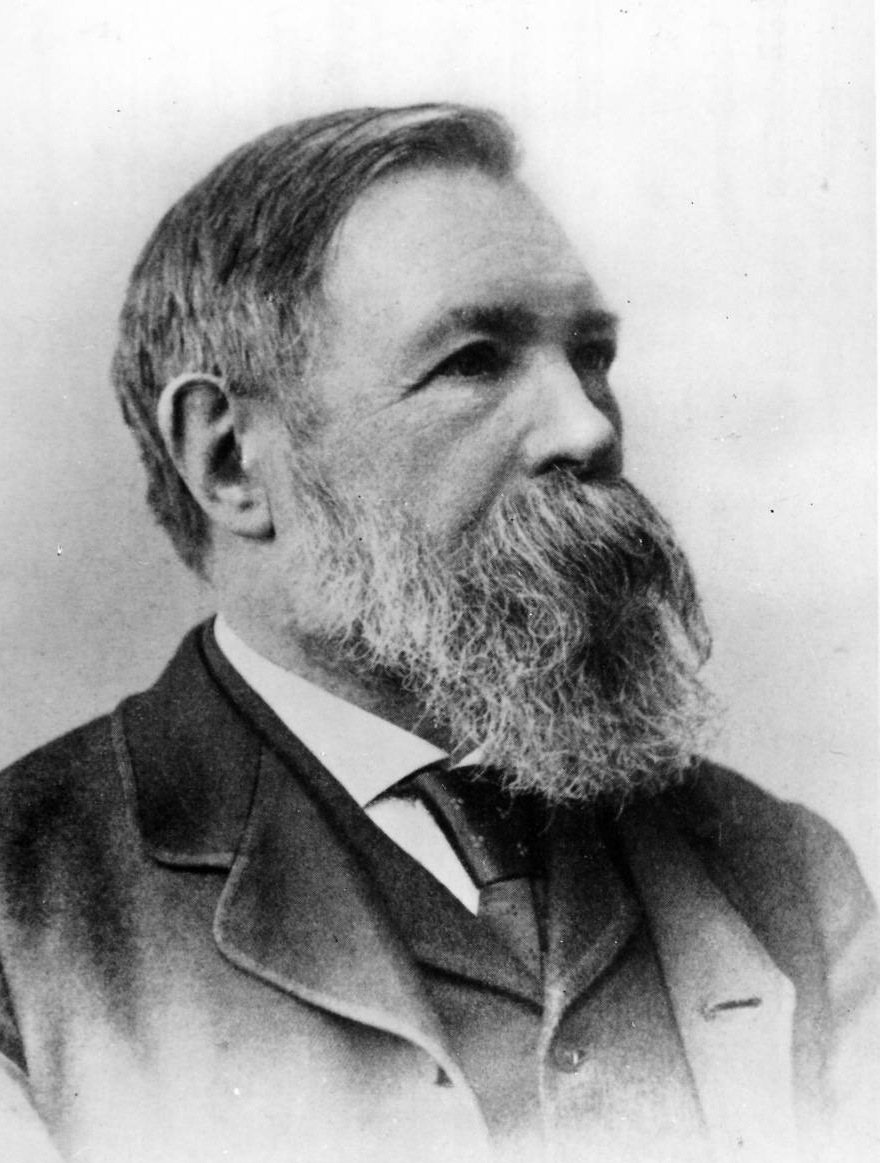 2.        The Dialectics of Nature and the Nature of Geomorphology

I have no intention of (or ability to) address the innumerable philosophical and political debates and nuances associated with dialectical materialism or Engels’ dialectics of nature and science. Rather, the purpose is to evaluate the three fundamental laws proposed above as to their relevance to geomorphology and utility in addressing geomorphic complexity. As a preface, note that Engels (1883) is firmly based in notions of nature as characterized by interconnections and mutual dependencies, and as mutable: “All nature, from the smallest thing to the biggest, from a grain of sand to the sun, from the protista to man, is in a constant state of coming into being and going out of being, in a constant flux, in a ceaseless state of movement and change” (Engels, 1883).

The concept of thresholds is a venerable one in geomorphology, as discussed by Chappell (1983), Schumm (1979; 1991), Coates and Vitek (1980) and any geomorphology textbook published in the last 20 years. More recently it has been argued that some nonlinear geomorphic systems evolve to a critical state, generally characterized by proximity to a threshold. Schumm (1979; Schumm and Begin, 1984), anticipating these studies of self-organized criticality based on geological reasoning, argued that due to the predominance of thresholds, landforms typically evolve to a condition of incipient instability. The threshold-dominated nature of most geomorphic systems dictates that these systems are nonlinear, and thus have the potential to exhibit complex nonlinear dynamics (Phillips, 2003; 2006).

Beyond the widespread, perhaps universal, acknowledgement that geomorphology must identify and analyze key thresholds, some have argued that the qualitative state changes associated with thresholds are the most important aspects of geomorphic systems to understand. Some geomorphologists have explicitly argued that the fundamental qualitative behavior of geomorphic systems is more important than the quantitative details (c.f. Phillips, 1992; Werner, 1999; Hergarten, 2002). These arguments resonate in the applied realm, as the synoptic situations under which, e.g., gully initiation, slope instability, or net loss of wetlands occurs is more important than estimates or measurements of specific quantitative rates or parameters. 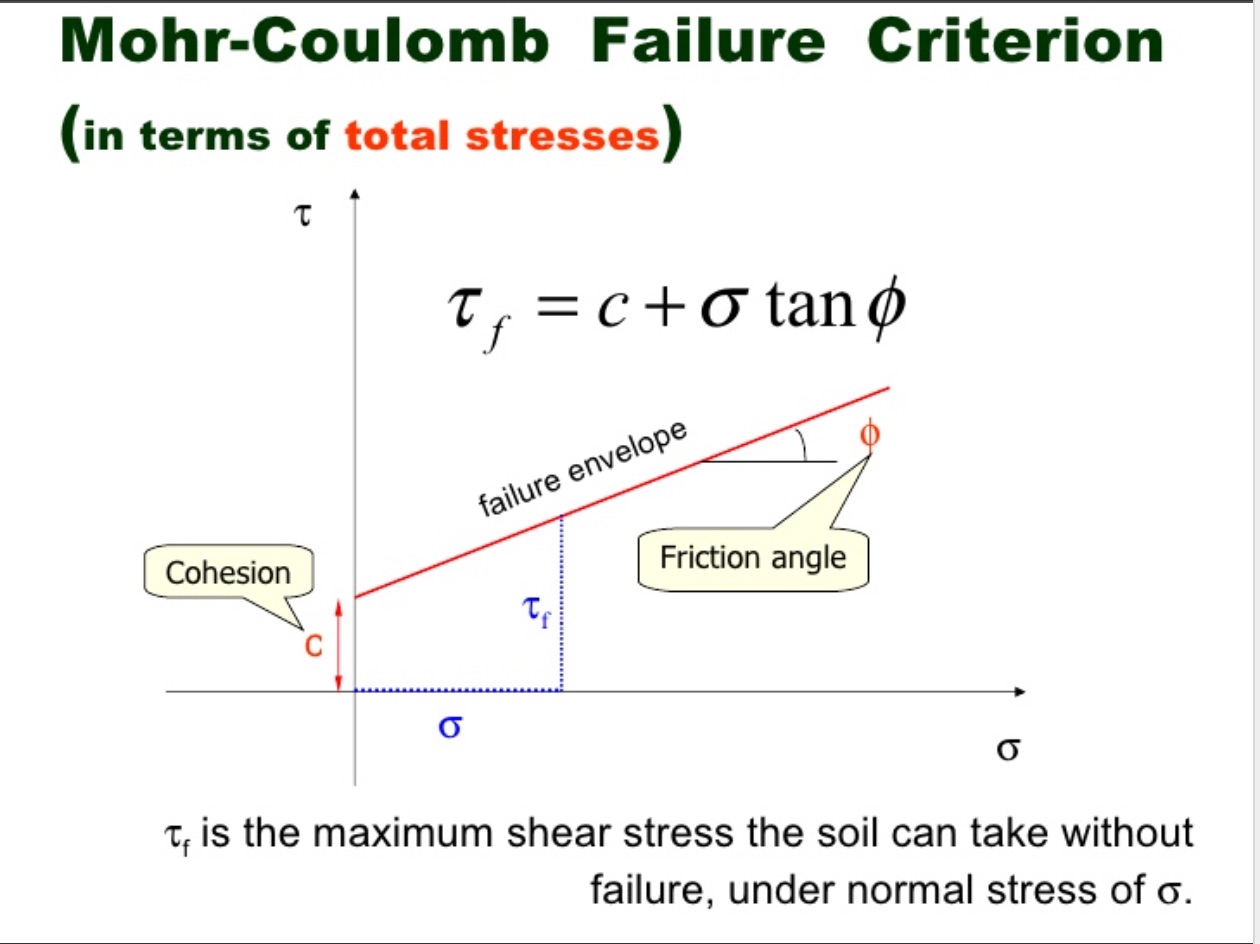 The study of earth surface processes and landforms is full of dialectics in the sense of understanding in terms of opposing forces or tendencies. Sediment entrainment, transport, and deposition depend on force, power, or energy on the one hand versus resistance on the other. Slope stability is a function of shear stress versus shear strength. Glacier mass balances are the resolution of accumulation versus ablation, and so on.  Geomorphology as “interpenetration of opposites” is not restricted to process geomorphology. Landscape evolution is typically framed in terms of denudation versus uplift, and hill slope evolution as an outcome of debris production and deposition compared by removal. 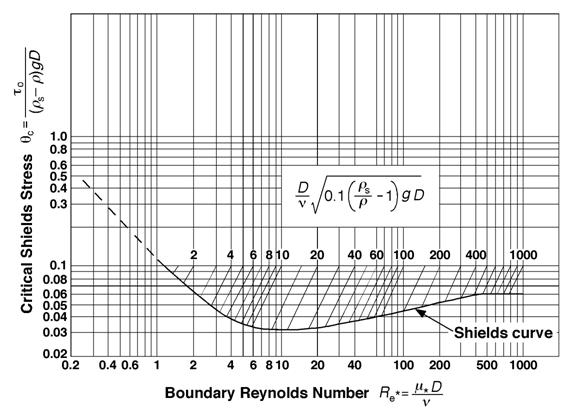 The dialectics of fluvial sediment transport, as represented by the Sheilds entrainment function.

The notion that key two-way interactions can provide critical insights into complex geomorphic systems will be pursued later.

While the “negation of the negation” terminology derived from Hegel is somewhat confusing, but the basic notion is that, in a sequence when one side overcomes its opposite that is the first negation. When the new side is overcome by the first, that is the negation of the negation. A simple geomorphic example would be tidal cycles on a beach. The high and low tides “negate” each other, but at each succeeding water level change the system is affected by changes occurring during the previous phase.

The evolutionary spirals of the double-negation law of dialectics embodies the notion of a system that may return close to, but not exactly to, its starting point, and that is path-dependent. These are exactly the characteristics of a dynamically unstable, chaotic system. Mathematical models of chaotic systems show phase space trajectories that repeatedly pass very close to each other, but never repeat exactly. Chaotic systems are sensitive both to variations in initial conditions, and to small disturbances, such that they are inherently path-dependent.

The dynamical instability and chaos of many geomorphic systems is by now well established (see reviews by Baas, 2002; Phillips, 1999; 2003; 2005; Sivakumar, 2000; 2004; Turcotte, 1997; Hergarten, 2002). More generally, earth scientists increasingly recognize the crucial and irreversible role of history and contingency. That is, only a portion of geomorphology can be explained on the basis of laws and relationships that apply everywhere and all the time. The rest is a function of the particularities of geography and history, which cannot be reduced to general laws.

An approach to geomorphology which explicitly recognizes historical and geographical contingency, and attempts to integrate ideographic and historical approaches with nomothetic methods has been explicitly described an advocated by Baker (1996), Beven (2000), Bishop (1998), Harrison (1999), Lane and Richards (1997), Phillips (2005; 2006), Sauchyn (2001), and Spedding (1997).

A dialectical approach to geomorphology not necessarily derived from, but consistent with, Engels (1883) would therefore be based on a concern with thresholds, and moreover with the qualitative changes in system states rather than quantitative variations. Dialectical geomorphology would also recognize the possibility of dynamical instability and chaos, and more generally the inherent and irreducible historicity of landforms and landscapes—an evolutionary approach, as contrasted with a developmental approach both by Engels (1883) and in an explicitly geoscience context by Huggett (1995; 1997).

These facets of dialectics have palpable implications for dealing with some aspects of geomorphic change and complexity, but do not provide obvious guidance in dealing with the fact that even simplified geomorphic systems may involve several components linked together in complex ways. A clear directive of the dialectical approach, however, is that change depends on the interplay of opposing forces. Thus the identification of key binaries and dualities may provide a key to understanding some aspects of complex geomorphic systems.

A final note: As a fragment of a never-finshed manuscript, I realize this ends rather abruptly. Sorry. Also, if you are interested in chasing down any of the references herein, please e-mail me and I will provide.