Karst development is strongly influenced by climate, both directly (via the moisture balance and temperature regime) and indirectly. The indirect effects include biogeomorphic impacts of biota, and base level changes associated with sea-level and river incision or aggradation. The literature on cave and karst landscape evolution has plenty on the general influence of climate on karstification, the role of base-level changes, and speleothems as proxy records of climate change.  There is little on how (or whether) direct effects of climate change influence the rate or nature of karst development.

One way to approach this would be modeling dissolution kinetics, karst aquifer evolution, and related landscape evolution, by appropriately varying model parameters related to climate. Dreybrodt et al. (2005) give a comprehensive overview of this kind of modeling; while a specific example is Florea (2015), who looked at landscape evolution in epigenic karst aquifers in relation to carbon dynamics. Because other people are much better than I at this sort of thing, I decided to take a different approach, using a qualitative mathematical model of the basic phenomenology and relationships involved in a particular aspect of karst. This sort of reduced-complexity qualitative modeling can be quite useful in some (but certainly not all) geoscience problems. 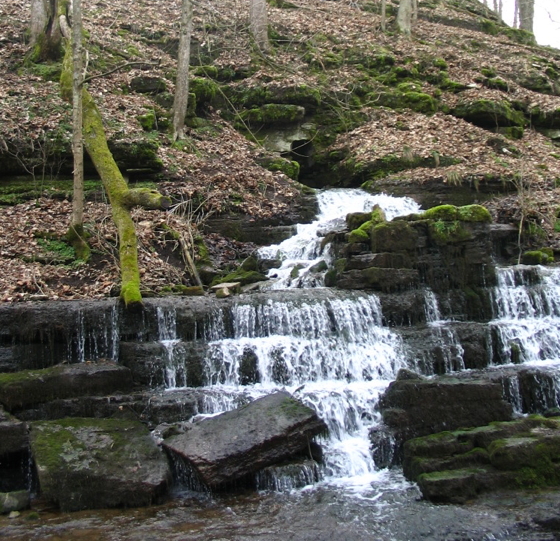 Taking the problem of development of a karst conduit (larger conduits may become cave passages), the key “players” are the supply of water to the feature being widened and the evolving conduit, the dissolution processes that enlarge the conduit, the size of the conduit itself, and the velocity of flow. Other things being equal, more water leads to more dissolution, particularly in earlier stages, until the chemical kinetics of dissolution rather than the availability of H2O becomes limiting. In early stages of conduit development there is often a positive feedback loop where moisture drives dissolution, which enlarges the feature, which allows more moisture, and so on until dissolution becomes rate- rather than moisture-limited or the external supply of water becomes limiting.  At this point conduit size may have little or no influence on moisture supply.

Velocity affects dissolution either positively or negatively. That is, there is a “sweet spot” or an optimum flow rate to maximize dissolution in given conditions. If flow is too fast, there is not enough contact time with the rock. Too slow, and the aggressiveness of the water declines as more and more Ca becomes dissolved. Conduit size (and shape) may positively or negatively influence velocity via the affects on cross-sectional area and hydraulic roughness.

The qualitative relationships discussed above are shown in the figure below. 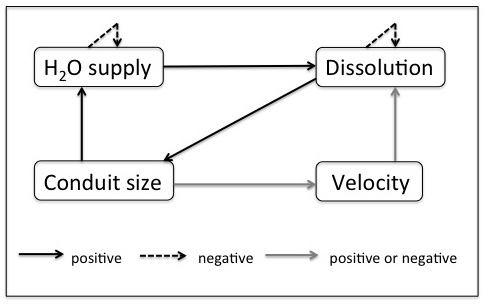 Qualitative systems of this type can be analyzed using qualitative asymptotic stability analysis based on the Routh-Hurwitz criterion, which has been applied in geomorphology, hydrology, pedology, and (especially) ecology. My own description of the method, from way back in the day, is here, but there are many others. If the system is dynamically stable, that suggests convergent evolution and resilience—that is, following a small (sub-catastrophic) change or disturbance, the system can recover toward its previous state. Dynamical instability points to divergent evolution, and effects of changes or perturbations that tend to persist and grow over time.

The system shown above is dynamically unstable. However, though higher dissolution rates increase conduit size, lower rates do not make it smaller again, so in some cases that link could be zero rather than positive. Dissolution is not always moisture-limited, so that link may also be zero. In this case the system is neutrally stable; effects of a change neither grow nor decay over time.  The system can plausibly be dynamically stable if the water supply to dissolution link is zero, and the dissolution to conduit size link is present, but very small and weak compared to other effects in the system. Incidentally, the sign of the two links that may be positive or negative (conduit size-velocity, and velocity-dissolution) does not affect the stability properties. 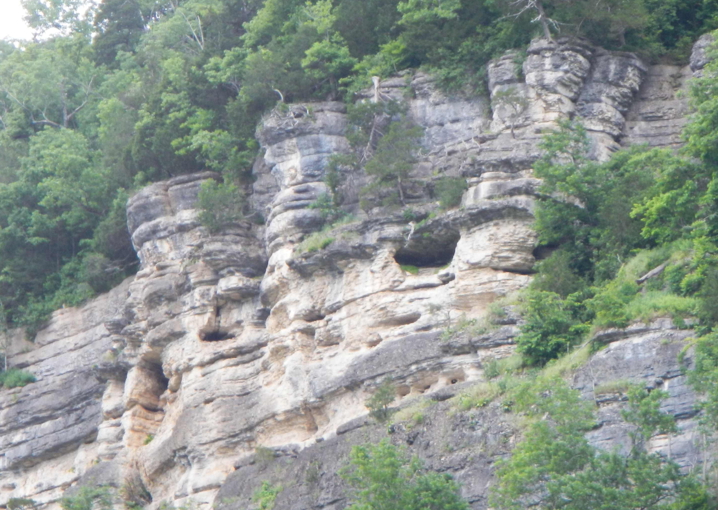 Karst conduits exposed on the limestone palisades of the Kentucky River, central KY.

So what does this all mean? To some extent it reinforces the idea that earlier moisture-limited stages of conduit evolution are qualitatively different from later, reaction-limited stages. Second, it illustrates that in some systems the irreversible persistence of some changes influences dynamical stability. In this case, once conduits are enlarged, they do not shrink if the processes and relationships that led to their enlargement are changed (at least not due to water flow and dissolution alone; in some cases calcite precipitation, sediment clogging, or mechanical collapse might reduce their size).

The implications with respect to climate change are that changes in the moisture supply could have significant implications for passages in earlier stages of development, where all links in Figure 1 apply, via the positive feedback loop discussed earlier, which could greatly accelerate conduit development in the case of increasing moisture. However, for the case of decreasing moisture availability, the system may switch into the neutrally stable or stable mode. For a later-stage system where dissolution is reaction-limited, increased moisture would have no significant effect, while a decline in moisture could either have no effect, or trigger a switch to a moisture-limited state. These changes are summarized below:

•This is a highly simplified depiction of karst conduit evolution.

•Conduit development is only one aspect of karst and cave evolution.

•Many factors (particularly biotic and base-level effects) are not considered.

Still, the analysis may provide some useful signposts for further research involving field studies of dissolution processes and cave/karst evolution, and process-based modeling. It also illustrates the fact that when we consider effects of climate on geomorphological (or hydrological, ecological) phenomena, the answer, even with respect to something as broad as stability/instability, is it depends. It depends not just on what type of climate change you are considering, but also on the initial conditions with respect to the state or stage of the geomorphic system in question.