I’ve long been interested in plant roots in the context of their effects on geomorphology and soils, which are many (see the reference below, for starters). Having my antennae up for root research beyond the realm of botany and plant physiology, I came across a very interesting new article by Fredrik Sønderholm and Christian Bjerrum: Minimum levels of atmospheric oxygen from fossil tree roots imply new plant−oxygen feedback, in Geobiology (2021).  The abstract is below: 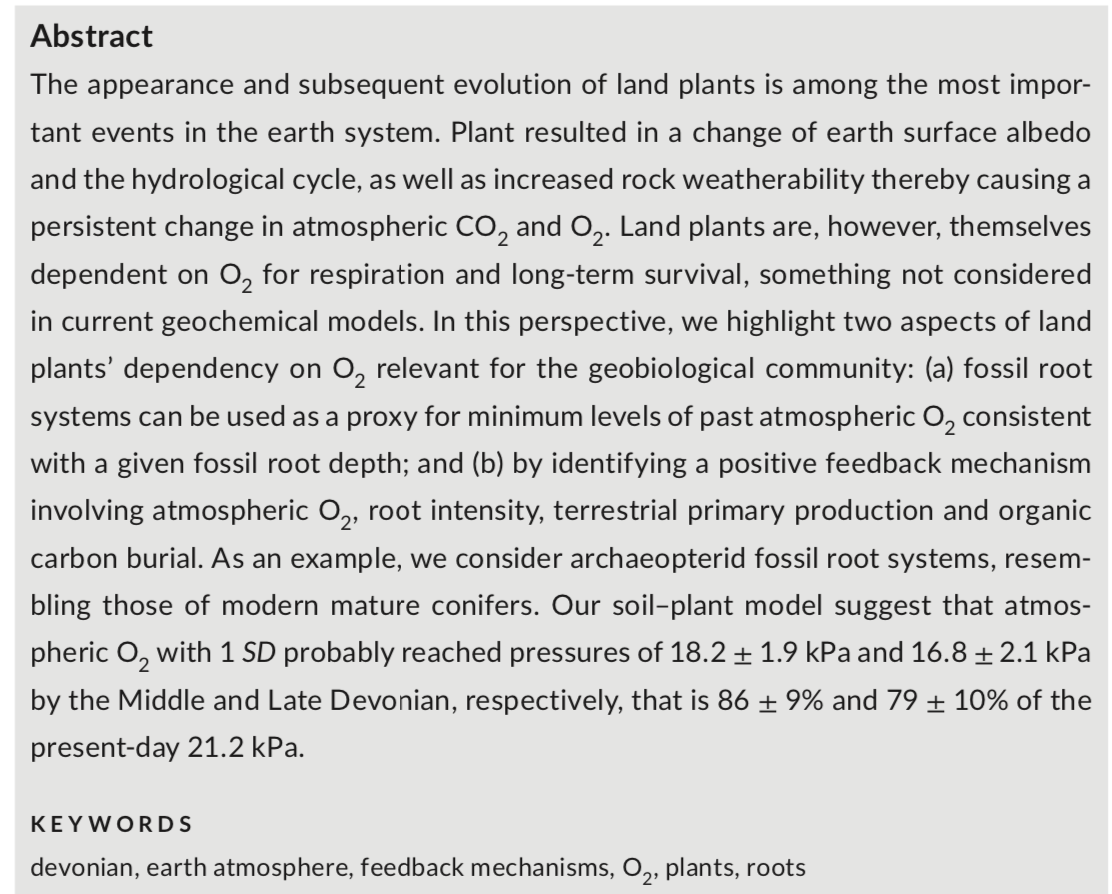 They define root intensity as respiration per square meter of surface area, which is closely related to rooting depth. Previous work overlooked influences of atmospheric oxygen content on root intensity (as opposed to other aspects of vegetation), and of root intensity (essentially, belowground respiration) on terrestrial net primary productivity (NPP). By including root intensity, they identified two new feedback loops in the coupling of Earth’s surface, biosphere and atmosphere. First, root intensity positively influences NPP, which stimulates organic carbon burial, which encourages pO2 (atmospheric oxygen concentration), which positively affects root intensity. The second has root intensity promoting NPP, which increases weathering, which stimulates organic C burial, and back to pO2. This offsets the direct negative effect of weathering on pO2, which uses O2 in weathering processes such as oxidation. A key figure from their paper is below: 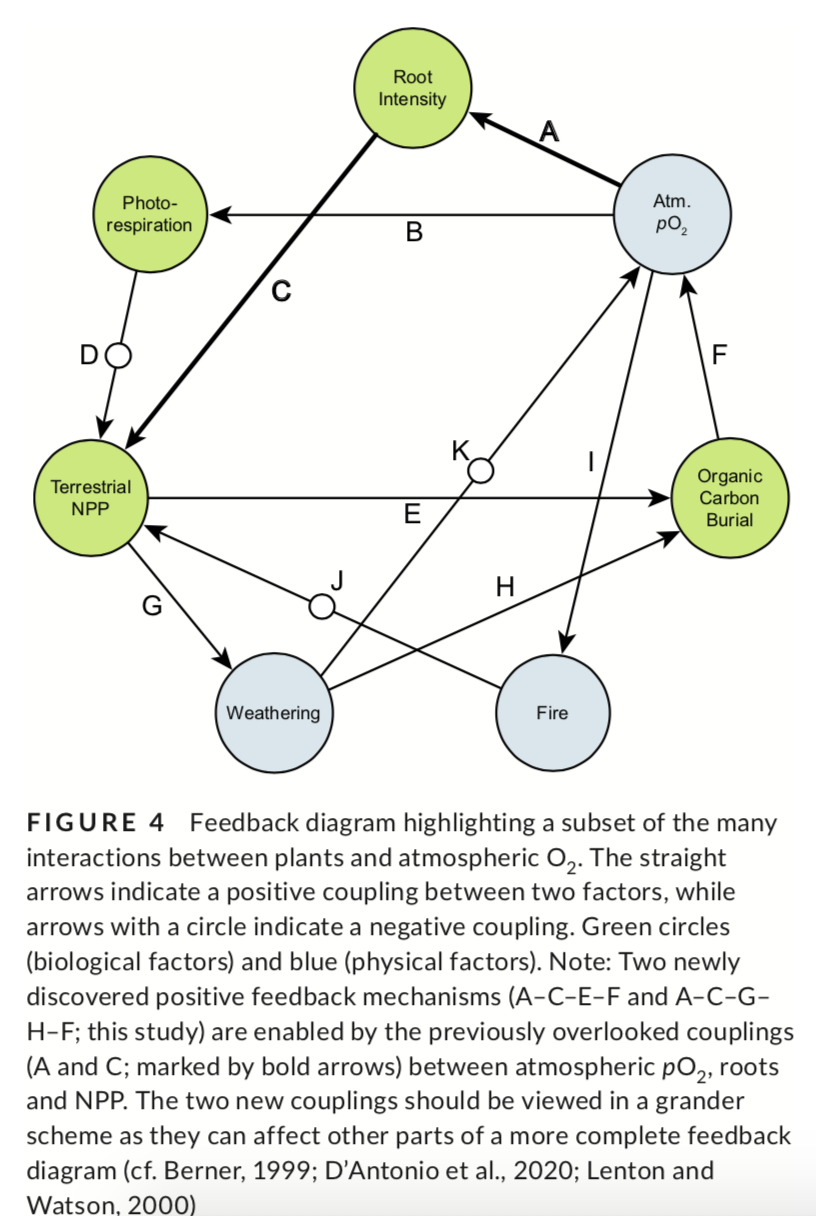 One of the key questions in the coevolution of Earth’s atmosphere and biosphere is how the oxygen content of the atmosphere has risen from nearly zero as the biosphere evolved, but been kept within a fairly narrow range for a long span of Earth history now. It seems that roots are a key part of the answer! 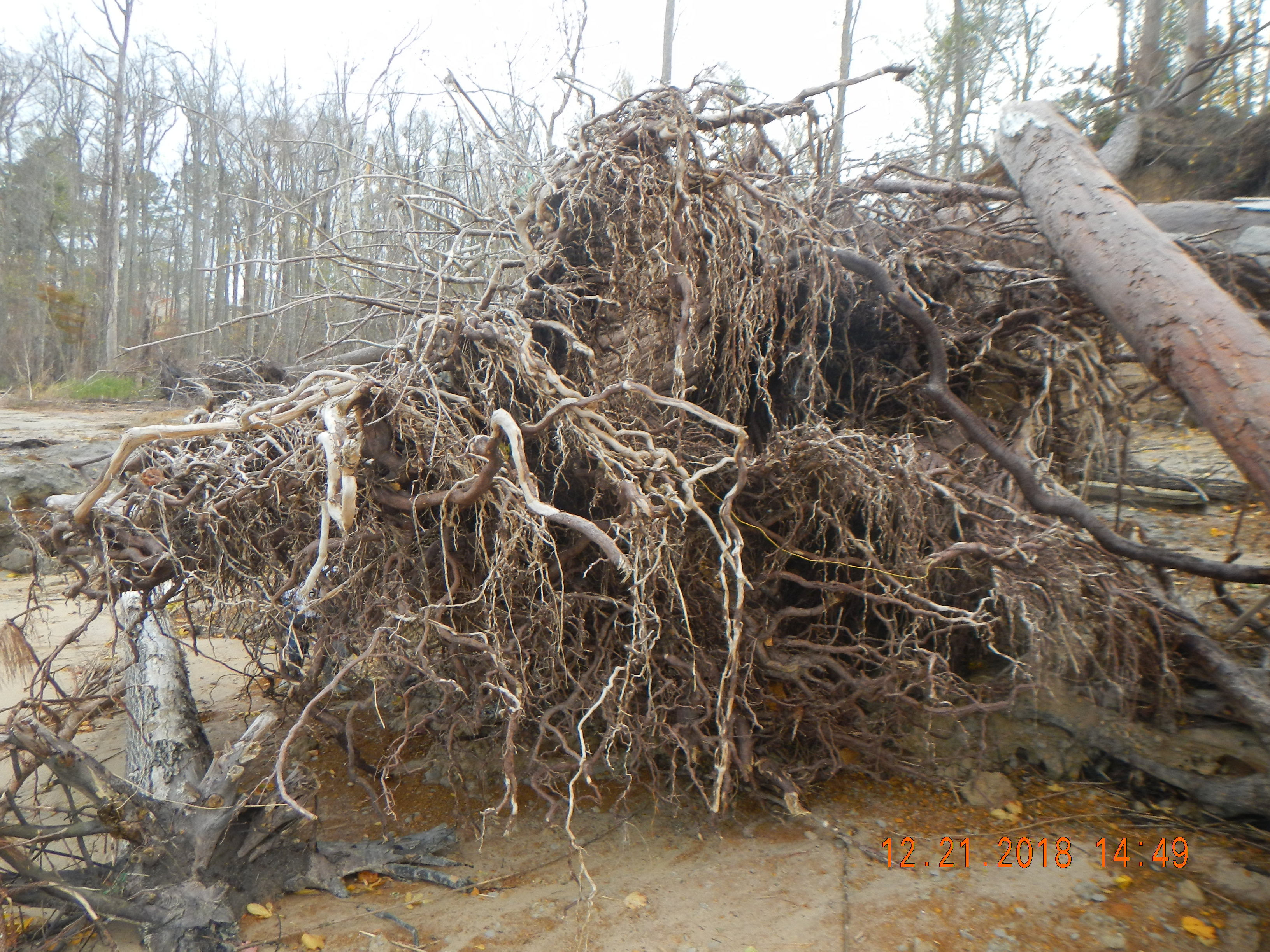