In celebration of the University of Kentucky's upcoming sesquicentennial in 2015, the 54th of 150 weekly installments remembers the life of the legendary stallion, Storm Cat, who is the subject of a popular piece of art at the university.

The William T. Young Library is full of treasures. Among those is the tapestry of William T. Young and his stallion, Storm Cat, on Overbrook Farm. In the fall of 1999, architect Michael McKinnell approached Helena Hernmarck to design and weave a tapestry for the library. The tapestry was woven on a 12-foot Swedish rug loom over the course of nine months. More than 700 colors were used in the tapestry and its final weight is approximately 200 pounds. The tapestry is monumental and a beautiful narrative of Kentucky pride and history. 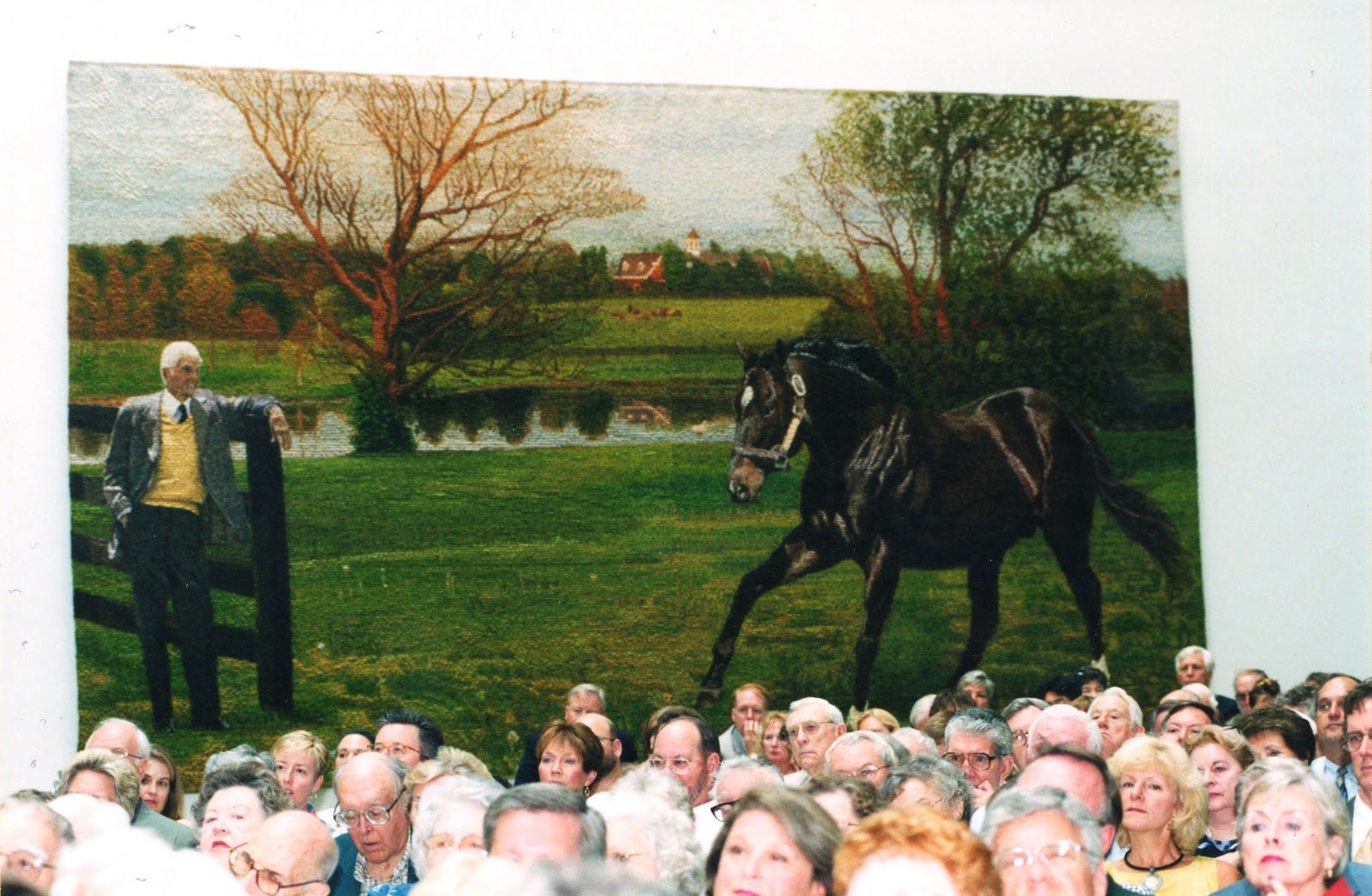 Hernmarck is a Swedish-born textile artist whose work is in the collections of the Museum of Modern Art and the Metropolitan Museum of Art in New York, the National Museum of American Art in Washington D.C., and the Los Angeles County Museum of Art.

Overbrook Farm was founded by Lexington native, William T. Young, whose initial gift began the capital campaign that raised money for the William T. Young Library which opened in April 1998.

Young began acquiring his foundation broodmares for Overbrook Farm in the early 1980s. The most notable of these was Terlingua, a daughter of champion Secretariat, who was bred to Storm Bird, a son of Northern Dancer -- a mating which produced the legendary Storm Cat. Through 2001, the year that the tapestry was commissioned, Storm Cat had been North America’s leading sire by earnings for two years (1999 and 2000) and had been leading sire of 2-year-olds five times. At the time, Storm Cat was by far the highest priced stallion in the world, commanding a stud fee of $500,000.

This story on UK's history is presented by UK Special Collections. Special Collections is home to UK Libraries' collection of rare books, Kentuckian, the Archives, the Louie B. Nunn Center for Oral History, the King Library Press and the Wendell H. Ford Public Policy Research Center. The mission of Special Collections is to locate and preserve materials documenting the social, cultural, economic and political history of the Commonwealth of Kentucky.