Three University of Kentucky faculty members will present at the first-ever Southeastern Conference Symposium, to be held Feb. 10-12 at the Hyatt Regency Atlanta.

The 2013 edition of the SEC Symposium, titled “Impact of the Southeast in the World’s Renewable Energy Future,” addresses a significant scholarly issue across the range of disciplines represented by the SEC’s 14 member universities. The event showcases their academic excellence and underscores their educational and economic contributions to the vitality of the region, nation and world. 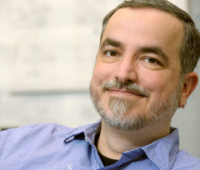 Mark Crocker, an associate director of UK's Center for Applied Energy Research (CAER), will present "Lignin Deconstruction for the Production of Fuels and Chemicals" at a session about technologies for producing biopower, biofuels and biomaterials.

Burt Davis, also an associate director at CAER, will present "The Fischer-Tropsch Approach to Produce Transportation Fuels from Biomass" at a session about energy advances in the transportation sector. 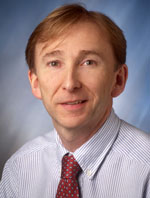 Just as the SEC provides its student-athletes the opportunity to compete on one of the biggest stages in college athletics, the symposium will also afford its faculty members and standout students a prestigious academic platform from which to present and discuss their research and scholarly accomplishments.

The SEC Symposium is the brainchild of Vanderbilt University Chancellor Nicholas S. Zeppos, current vice president of the SEC Executive Committee and liaison to SECU, the league’s academic initiative.

“We are excited for the inaugural SEC Symposium,” Zeppos said. “This will provide an outstanding way in which to showcase the academic accomplishments and research efforts of our SEC institutions.”

This year’s event, led by the University of Georgia, will feature a wide variety of presentations from faculty representing each SEC institution, an SEC university showcase, poster exhibitions and a reception with the SEC presidents, chancellors and provosts. 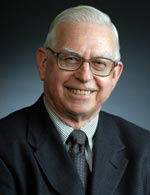 As synonymous as football is with the Southeastern United States when it comes to the sports world, so too is renewable energy a geographically natural fit for an academic conference that highlights the efforts of its region.

“To the leadership in our institute, it was obvious that this topic resonated with most of the SEC institutions,” said Robert Scott, head of the University of Georgia's Bioenergy Systems Research Institute. “In the Southeast there is, in particular, a lot of biomass – plant material – such as pine trees and switch grass, all of which make the Southeast a place where bioenergy makes more sense as a renewable energy source than say wind energy or solar energy.”

The SEC has always been at the forefront of recognizing and promoting the accomplishments of its students in the classroom. The symposium affords the SEC another opportunity to showcase the outstanding academic work of its students and faculty.

In 1992, the SEC became the first conference in the nation to assemble a Student-Athlete Advisory Committee. Since the implementation of the Graduation Success Rate (GSR), there has been a general trend of improvement in the GSR of student-athletes in the SEC. NCAA research indicates the student body graduates at a GSR comparable rate of 60 percent, which is exceeded by 90 percent of teams within the SEC. Since 2003, the SEC has had 170 student-athletes earn first-team Capital One Academic All-America recognition.

In 2005, the presidents, chancellors and provosts from the then-12 SEC institutions created the Southeastern Conference Academic Consortium (SECAC) to coordinate efforts to bolster teaching, research, public service and other educational activities at the institutions.

The SECAC was the precursor to SECU, which in 2011 moved from the University of Arkansas and came under the direct auspices of the SEC Office in Birmingham, Ala.

For more information on the inaugural SEC Symposium and its participants, please log on to www.SECSymposium.com.